Book Review
Dresden: The Fire and the Darkness by Sinclair McKay 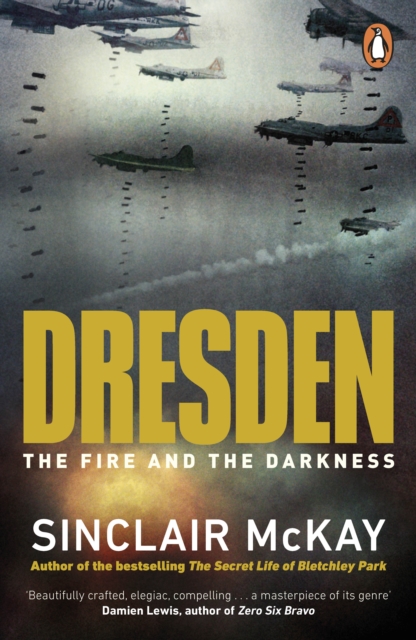 Dresden: The Fire and the Darkness explores the events of and surrounding the bombing of the city of Dresden during WWII.

What a book. What a great book.

February 13 1944, thousands of refugees were feeling west, away from the approaching soviets while children celebrated a midwinter holiday. Bombers readied their machines, while thinking of their sweethearts, home, or anything but the trauma of watching their friends blown out of the sky. At 22:13 allied bombers dropped nearly 3,900 tons of high-explosive bombs and incendiary devices on the German city of Dresden and would continue to do so for the next 24 hours as the firestorm raged.

There is at the outset, a glittering history of the city. Dresden was a cultural hub, rich in the arts, music, science and, most notably, stunning architecture. Of course McKay does not neglect the city’s follies and its culpability in the Nazi Party’s rise to power. But it is quickly apparent that this is a people’s history. The ‘great men’ inevitably step on to the stage, however their parts are small when compared with the repercussions of their actions.

While the main thrust of this book is the ground level experience of the bombings, McKay also takes time to explore the discussions around the morality of civilian bombings by those calling the shots and, most interestingly, the lives of the pilots dropping the bombs. The sustained trauma over the course of the war.

McKay’s narrative style adds drive and pace to an already frantic and terrifying story without losing heart or becoming some sort of grizzly sclock. His use of first hand accounts create a palpable tension.Those who were and are statistics become human, people and their lives are taken or altered permanently by the choices of a few men.

An extraordinary exploration of this historical event, as engrossing as it is heartbreaking.