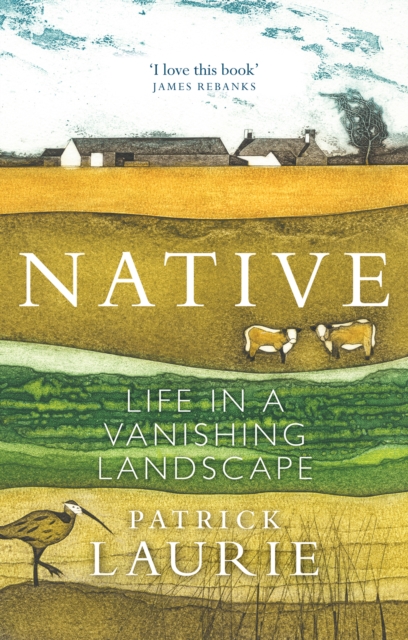 Here is a book tottering between the memoir of a man and the memoir of the Galloway landscape as Patrick Laurie undertakes the demanding challenge of starting and running a cattle farm with heritage Galloways called Riggit. As the cattle begin to dictate the pattern of his life, Patrick begins to note the links between people, cattle and wild birds as they become a central theme in his life in the face of a vanishing landscape.

There are many sweet and funny moments of course, his love for his wooly beasts is as warm and infectious as his love for the history, both natural and human of Galloway and dumfries.

However Laurie does not shy away from the serious effort and difficulty it takes to learn his own cattle and to become a good farmer. It isn’t something just taught in a class and his experiences, the good, the bad and the very frustrating are well represented.

Laurie uses the seasonal changes of a calendar year as the perfect structure for farm life and exploring the natural world. And while the overarching focus seems at the outset to be cattle, the importance of wild birds, especially the curlew quickly becomes apparent. how they reflect the changing environmental health of his Galloway.

His greatest bane is the tree farms, who’s lofty branches push cattle and people from the land, scar the old landscape with their monoculture and crowd out curlew habitat.

The thread binding the book together is Laurie’s passion. It is palpable and, while desperate in places, steady as he works and waits for the return of his beloved landscape.

Native is a beautifully written book. Laurie is eloquent, and like his style of farming, there is an old school affectation, grounded by his salt-of-the-earth Scottish, nay Galloway, anachronisms.

More than the most naturing writing, Native has grit under its nails, hard graft that only comes with working with the land day in and day out as Laurie does. All with a truly Scottish heart.