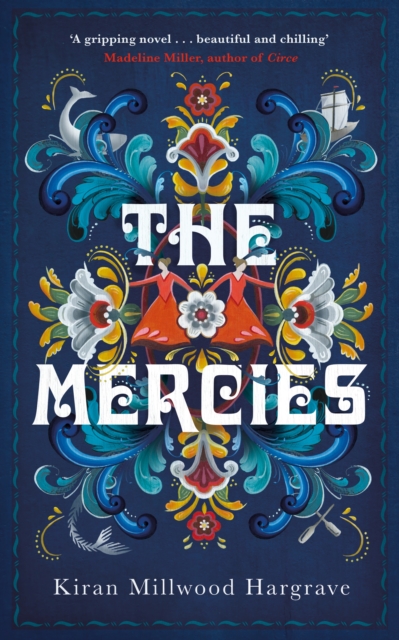 Based on a true story, The Mercies is a historical fiction that pulls no punches.

1617, Vardø,  high above the arctic circle a group of women are left to recover and survive after nearly every man in their village is killed in a fishing accident on Christmas Eve. Maren loses her father, brother, and fiance in the storm, leaving her with a mother steeped and grief and resentment and a Sami sister-in-law about to give birth.

In the vacuum of a traditional patriarchal structure and the trauma of such loss of loved ones, a rift emerges. Women either take up the mantle of leadership in a hostile landscape or to cling anxiously to their roles and structures that have guided their lives up to now. And when more fanatical men arrive, the rift becomes deadly as the fever and heat of the witch hunts in the south make their way into this cold and remote community.

Absalom Cornet arrives to bring the women to heel and root out any evil. He is thoughtless, domineering and frightening. With him is his new wife Ursa. While Initially she comes across as sheltered, her unique strength reveals itself in her perseverance and kindness. Through her relationship with Maren and this unique village, she eventually cultivates a sense of identity.

However the standout character is Maren. Driven and independent, yet incredibly thoughtful, Maren is protective towards those who are different. Her grief for the loss of her family, especially her brother Erik, echoes throughout, as she struggles to hold the remains of her family together. All the while Maren struggles to come to grips with her new and fragile independence.

Suspicion and tensions rise. Maren and Ursa are drawn together, finding solace, comfort and something more from their blossoming friendship.

Hargrave is an engrossing writer. Her sense of pace is on point, with a keen eye for the details that set mood and give a feeling of place. However, her greatest strength is lifting each woman from the pages of history, giving a voice, one that sings, aches, mourns and loves.

The history, the truth of the story is hard, and Hargrave does not hold back. She brings to life the effects of trauma, fear, and suspicion and the impact ‘othering’ people who are different can have. My only lament is I wish there had been more about the Sami people and their culture. However, given that it was written from a Norwegian perspective, I can understand the ‘mystery’.

If you enjoyed the Familiars then you will like this intense vivid and engaging story.