There, There by Tommy Orange 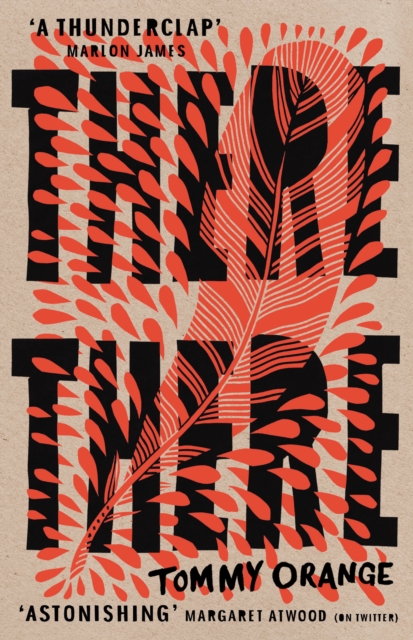 Set in the city of Oakland, California, in something of a now-ish time, There, There follows a full cast of characters, all Native American to one degree or another, whose stories are connected by bonds they do not understand. Their lives converge on one single event, the Big Oakland Powwow. Some are there to reconnect to family, others to share stories and dance, but some bring with them much darker intentions.

Tommy Orange is a member of the Cheyenne and Arapaho Tribes of Oklahoma and grew up in Oakland. Using these experiences he is able to cultivate a story from a place of authenticity.

The tone is sombre, perhaps angry, and dark; no doubt gathered from even darker realities. But Orange isn’t here for just that. Despite the heavy subject matter, a fine thread of hope is woven throughout.

A large portion of the story’s success lies in Orange’s ability to balance the prismatic narrative with the aforementioned heavy subject, without the whole thing becoming trite. The glue holding these two components together is his use of character. While each person is nuanced and authentic, they are all united by a common thread. All seem to struggle with the past. Not just their own past, but the heavy scars of history. They wear their history in one way or another. The long brutality, the near genocide of a people. It manifests in drinking and drugs, but also in fear and struggle. Fear of themselves. Of struggling with what it means to be ‘Indian’, and understanding what that means now.

Everything works seamlessly. Plot, character, even the writing itself, develop the pace into something of a live pulse, a hammering rhythm of drums, leading the reader to a fitting and curious end.

I loved this book. I am not certain what I was expecting when I picked it up. I heard it was good. I heard it was great. I heard it was some peoples top book of the last decade—big shoes to fill, I know. Yet even with all that praise I did not expect something so profound, so fierce, so…

There, There is resonant. Refreshing, not like a fine breeze, but like a plunge into an icy river. An unforgettable shock. A story that needs to be told now.