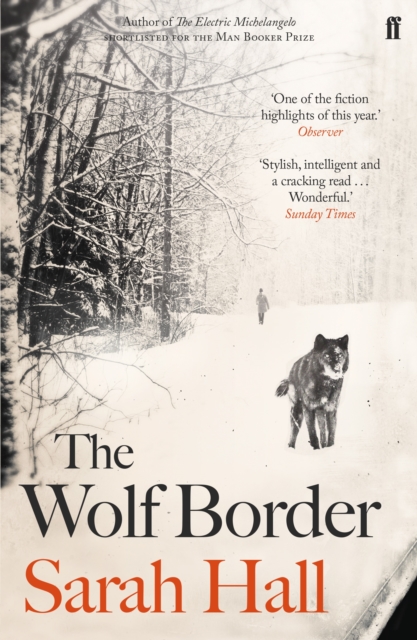 For almost a decade Rachel Caine has turned her back on home, kept distant by family disputes and her work monitoring wolves on an Idaho reservation.  But she is summoned back to England by the eccentric Earl of Annerdale to help with his plans for re-wilding wolves on his estate in the Lake District.

Set against the backdrop of a Scottish Independence vote, Sarah Hall weaves a tapestry of story. She carefully balances plot, character, and landscape with immense precision, all the while maintaining a palpable tension. Outwardly, it would seem to derive from Annerdale and the dynamic between the Earl’s family is intriguing. However, the tumultuous nature of Rachel’s mother has lasting effects on her and her brother’s tentative steps towards true family.

Rachel Caine herself starts out as a bit of an enigma, emerging as a breath of fresh air among female heroines. She has a strong voice. Yet, despite being a self made woman, her past lingers making her more vulnerable, complex, avoiding an easy slip into becoming one dimensional. Her personal journey is unique, often running parallel to the reintroduction.

The wolves themselves are as enigmatic as Rachel. Hall has done careful research, to capture their essence, allowing them to come alive and move as gracefully along the page as they do the landscape.

The Wolf Border is a captivating and refreshing novel. Those who enjoy nature, who enjoy a drama, who enjoy the ‘what if’, Hall presents an excellent work of modern literature.